Types of Memory of Computer

Primary Memory: Primary memory is mandatory to run a computer because it holds all the data and instructions of a programm or software that is currently running on the computer. These types of memory have a limited capacity and these are volatile in nature because data is lost when power is switched off. Semiconductor devices are used to make primary memories and these are slow in comparison to registers. There are two types of primary memory, RAM and ROM.

Difference Between Primary And Secondary Memory

RAM (Random Access Memory): RAM is the internal memory of the CPU for storing data, program, and program results. It is a read/write memory that stores data till the machine is working.RAM is further divided into two types which are SRAM and DRAM.

SRAM (Static Random Access Memory): The memory that is faster and less volatile than DRAM, but requires more power and is more expensive. These type of memories does not need to be refreshed like DRAM.

DRAM (Dynamic Random Access Memory): As the name indicates that the memory must be constantly refreshed or it loses its data or information. This type of memory is more economical.

ROM (Read Only Memory): As the name indicated ROM- Read-Only Memory, the memory which we can only read but can not write on it. This is a non-volatile memory and data is stored permanently in such memory when manufactured. A ROM contains such information that is necessary to start a computer. ROM has three types which are PROM, EPROM, EEPROM.

PROM (Programmable Read-Only Memory): PROM is read-only memory and it is a programmable memory, it can be modified only once by a user. The user buys a blank PROM and enters the desired data or information using a PROM program

EPROM (Erasable Programmable Read-Only Memory): The EPROM can be erased by exposing it to ultra-violet light for a duration of up to 40 minutes. Usually, an EPROM eraser achieves this function.

EEPROM (Electrically Erasable Programmable Read-Only Memory): The EEPROM is programmed and erased electrically. It can be erased and reprogrammed about ten thousand times. Both erasing and programming take about 4 to 10 milliseconds.

Note: A byte is the smallest unit which can represent a data item or a character. (1 byte = B bits)

F.A.Q Types of Memory of Computer

The main directory of A disc is called?

A memory that halls data and instruction for start-up the computer and does not erase data after power off?

A half Byte is know as?

I hope you understand the Types of Memory of Computer, If you have further any query regarding Computer memory, feel free to share with us through the comment section. Thanks! 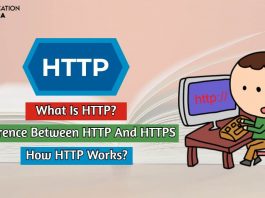 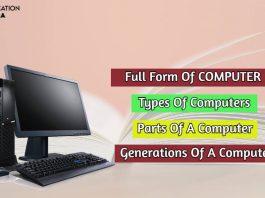