If you are preparing for any Government Job exam, then you definitely have to prepare for the General Knowledge. History is also a part of General Knowledge and 4-5 question are seen in every competitive exam from this section. Here we come with a PDF file that contains important History Questions. All the questions are collected from previous exams like SSC, Railway, Police Exams. Therefore it is a very useful History Questions PDF for aspirants who are going to appear in any government exam. Grab this pdf from a link given in this article and read all the questions to enhance your History General Knowledge.

🔸 Who was the leader to have the unique distinction of firing the first shot in the rebellion of 1857?

🔸 The world-famous ‘Khajuraho’ sculptures are located in which state?

🔸 From where did mahatma Gandhi start his historic Dandi March?

🔸 Who first voiced the idea of a separate Muslim state in India?

🔸 Who has been called the ‘Napoleon of India’?

🔸 What was Sher Shah’s real name?

🔸 Who was the earliest Sufi saint to have settled at Ajmer?

🔸 Which Rajput Mansabdar revolted against Aurangzeb?

🔸 Which did Sikh Guru call himself the ‘Sachchabadshah’?

🔸 Who was the first governor-general of Bengal?

🔸 What was the real name of Tantiya tope?

🔸 Which historical personality of India is also known as Vishnugupta?

🔸 Which Harappan site had a dock?

🔸 Which Veda throws light on the beliefs and practices of the non- Aryans?

🔸 When Akbar was young, who was his guardian?

🔸 Where did Shahjahan build the Moti masjid?

🔸 Which state was first annexed by Lord Dalhousie under the doctrine of lapse?

🔸 Who laid the foundation of rashtrakuta empire?

🔸 Who earned the title of a ‘liberator’?

🔸 Vatapi was the capital of the which reign?

🔸 During the reign of the emperor was the artillery most perfect and numerous?

🔸 From which ruler did Albuquerque capture goa?

🔸 Which Urdu poets was invited, to the second and the third round table conference?

🔸 Which first movement was launched against the British in India?

🔸 Who established Diwan-i-Mustakharaj (department of arrears)?

🔸 Who deserves the credit for the construction of Lal Quila?

🔸 With which external trade of the Sangam where people carried on?

🔸 Which kingdom was annexed by bahlollodi, the sultan of Delhi, in 1484 AD?

🔸 The Maratha chief, sambhaji was executed during which reign?

🔸 Where were the sepoys revolted openly in 1857?

🔸 During the freedom struggle, who established ‘the Deccan educational society’?

🔸 Who organized Ashwamedhayajna in the Gupta period?

🔸 Who was defeated at Kannauj in the hands of Sher shah in 1540?

🔸 Where was the first madrasa set up by the British in India?

🔸 What was the main characteristic of the Indus valley civilization?

🔸 Gupta ruler was a poet and a musician and was adorned with the title of Kaviraja or king of poets?

🔸 By whom was the largest grant of villages to temples and Brahmanas given?

🔸 Which general of ala-ud-din khilji, was known as the rustam of the age and the hero of the time?

🔸 Who was a contemporary of Chingiz khan?

🔸 With how many volunteers did Gandhiji start on his famous Dandi march on March 12, 1930?

🔸 Which Indus city was known for water management?

🔸 During the Sangam age, uraiyur was the capital of which ruler?

🔸 Which is considered an encyclopedia of Indian medicine?

🔸 Tradition has it that by whom was Ajatasatru instigated to murder his father?

🔸 Which was the first dynasty of the Vijayanagar kingdom?

🔸 Which was the king generally considered to be the greatest ruler of Kashmir in the 15th century?

🔸 Which Mughal emperor prohibited the use of tobacco?

🔸 Ancient monuments preservation act was passed during which viceroyalty?

🔸 By whom was general dyer who was responsible for Jallianwala B agh massacre was shot dead?

🔸 Who in ancient India assumed the tittle Amitraghata?

🔸 Which governor-general is associated with the doctrine of lapse?

🔸 Which Sikh guru helped the rebel prince Khusro with money and blessings?

🔸 Which ruler of India who ruled over territories in Central Asia beyond the Pamirs?

🔸 By whom was Saka era founded?

🔸 Tipu Sultan took supports of which power to fight the English?

🔸 By whom was the fourth Buddhist-council held?

🔸 In whose rule was Islam, as the state religion, abolished?

🔸 By whom was Agra fort built?

🔸 Where was Swarajya declared as the goal of the congress at its session held in 1906?

🔸 Of which site of Harappan is associated with rice cultivation?

🔸 Which was the great Hindu king who combined in himself the qualities of Samudragupta and Ashoka?

🔸 Who first divided his empire into Iqtas during the process of civil administration?

🔸 who among the following governors-general formed the triple alliance against tipu sultan?

🔸 Between which the battle of Khanwa was fought?

🔸 Who was the first president of the India trade union congress in 1920?

🔸 Who was made the home minister when Jawaharlal Nehru formed the interim government in 1946?

🔸 Where did Akbar build the Panch Mahal, noted for its various types of pillars?

🔸 Dhondu pant is better known as which name?

🔸 With reference to the Indian freedom struggle which event occurred earliest?

You have read some important questions that are already asked in various exams. Previous year question splay an important roles because there are chances of repeating these questions. Therefore, we have compiled a PDF file that contains Important History Questions from various government exams. You can download History Questions PDF from the link given below.

Guys, If you need study material for any competitive exam or government exams, you can contact us or leave a comment below in the comment box. We will try our best to provide all the study material regarding the same exam at free of cost. If you find this article useful, Don’t forget to share it with your friends. 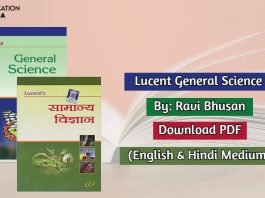 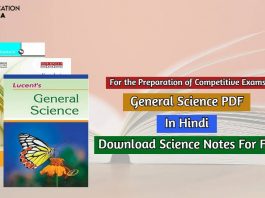