SSC CHSL Admit Card will be released soon on the official website region wise for the candidates who cannot appear for the exam. The Staff Selection Commission issued a notification for filling the vacancies in the Group B, C, D of various Ministries. The notification was released in December 2019 and the date for Tier 1 was scheduled in March 2020.

The SSC CHSL 2020 Tier 1 was conducted successfully for some candidates in March 2020. However, citing the COVID lockdown the exams have to be postponed for the rest of the candidates. The candidates who could not attend the SSC CHSL Tier 1 have to wait for the services to resume for appearing in the exam. The SSC CHSL Admit Card will be available after the country returns to normalcy.

The commission has released a notice on the official website on 15th April 2020 regarding SSC CHSL Admit Card 2020. The notice reads that all the exam process of SSC 10+2 will be deferred as a precautionary measure. The candidates who cannot appear for the SSC exam will have to wait until the situation normalizes. The country is under a lock-down since March 24, 2020, so unless the transport services resume their services the examination process will remain standstill. The SSC CHSL Admit Card for all the students will be available after the lock-down is over in the country.

The SSC CHSL exam is held for 3 tiers viz Tier 1- CBT test, Tier 2- Descriptive Test and Skill Test respectively. The candidates have to appear for all of these exams separately for acquiring the final job. also, it is very important the candidates have to clear the sectional as well as the overall cut-off to qualify for the three respective tests. The SSC CHSL Admit Card will be available on the official website soon. We will now get an in-depth analysis of all the three tiers of SSC CHSL 2020.

The commission has issued the notice regarding postponement of the SSC CHSL examination. The authority has also notified that the admit card will be available for download 20 days before the exam date. The candidates need not panic as the exam is only deferred and not cancelled. The admit card will be released for all the candidates once the lock-down is lifted in the country. The SSC CHSL Admit Card contains all the details of the exam i.e. date, slot etc hence it is very important that you keep it safe.

SSC 10+2 Hall Ticket will be available for all the candidates who were not able to attend the examination earlier in March. The admit cards for the SSC CHSL will be available on the official website region wise. Although, the commission has already issued a notice regarding the deferment of the exam. The students should keep a regular tap on the official website regarding more updates of the SSC CHSL admit card.

The SSC CHSL is conducted by Staff Selection Commission pan India but a total of 9 regions participate in the exam. The links of all the regions are available in the table given below. Follow these links to successfully download the SSC CHSL Admit Card:

For any queries related to SSC CHSL, feel free to drop your queries in the comments section. For the latest updates regarding upcoming exams, syllabus, previous year papers, keep in touch with us. 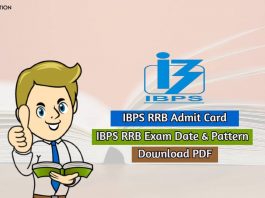 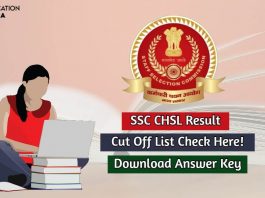