The Staff Selection Commission of India will soon announce the SSC MTS notification and SSC MTS Result for the year 2020. The notification for the year 2020 was scheduled to be announced on June 2020 but amid the COVID lockdown, the plan has been pushed further. The SSC conducts the examination for the Group D posts under SSC Multitasking staff every year. The SSC will announce the SSC MTS Result as soon as the examination is being conducted for the students.

The SSC will announce the dates for conducting the SSC MTS examination for the Group D posts that are vacant with different ministries. The SSC MTS exam is conducted annually and the SSC MTS Result and the scorecard is available to the students in 1 month. The commission has assured the students to continue the preparations for the exams. The selection process of SSC MTS consists of one computer-based test and one descriptive test.

The SSC MTS Result is announced separately for both the examinations and the students are selected on the basis of these two examinations. The tentative dates for the application process are July 2020 while the examination will be conducted for the CBT in November 2020.

The highlights of SSC MTS for all the post and other information is present in the table below:

The SSC has released the previous year cut-off for the SSC MTS Group D posts on the official website. The cut-off is lower for the reserves categories while high for the unreserved one. The cut-off for all the categories is decided on the basis of the level of the question asked and the number of stydents appearing. The

How to Check SSC MTS Result?

The answer key of SSC MTS will be available on the official website after it is uploaded by the administration of the commission. The students will be given a chance to rectify and report any error if they find it in the official answer key. The students will have to fill a form and mention the error with the question number and submit it. If the commission finds it true they will resolve it and give extra marks to the candidate.

The expected cut-off of SSC MTS Result 2020 will be more than the previous year as the competition is increasing every day. The expert team has prepared a cut-off based on the number of students appearing in the examination for the year 2020:

The SSC was expected to be released in June 2020 but before that, the office of SSC was closed and there was no staff to carry out essential services. According to the SSC MTS 2019 notification, the SSC will conduct two examinations for selecting the students for the post of multi-tasking staff viz Tier 1 Computer-based test and Tier 2 an offline Descriptive test. The SSC MTS Admit Card will be released for both the examinations separately as soon as the dates are finalized by the commission.

SSC MTS Tier-I is conducted successfully by the SSC. Now SSC will release Admit Card for Descriptive Test or Tier-II. Keep visiting on this web page, whenever Tier-II Admit Card will be released, here we will update the direct link to access required Admit Card.

The Staff Selection Commission of India releases the SSC MTS Notification 2020 every year for the recruitment of different groups C and D posts. The job-profile in the group of Multi-Tasking staff includes the vacancies of the cleaner, driver, sweeper, peon, in different ministries of the government. The SSC MTS 2019 has been conducted by the commission last year for around 10,000 posts. There are a lot of perks and benefits that are available to the candidates so they are selected as staff in the MTS under different groups.

For further more queries or any doubt regarding the SSC MTS Exam, you can contact us through the comment section. We will assist you to resolve your queries and provide appropriate information regarding your queries. Thanks! 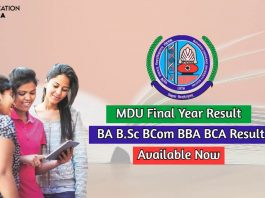 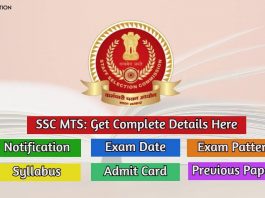 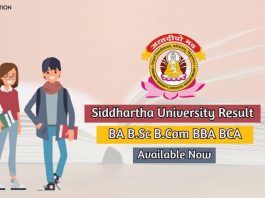